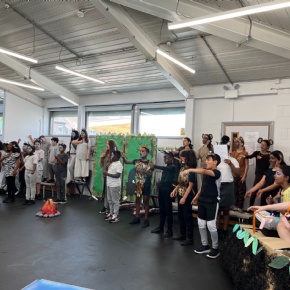 The Year 5/6 children in Bluebell class performed their end of year show to parents. The children have worked so hard and gave an energetic performance. It was almost as if we were watching a West End show. The children were acting and singing and there were a few solo pieces too. The costumes were great and the children's face paintings gave that extra added touch. Well done!